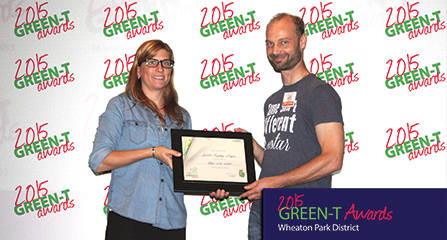 WHEATON – The Wheaton Park District recently won a recycling award for its work on environmental awareness, according to a news release from the district.

Clothing recycler USAgain honored the district during the 2015 Green-T Award ceremony at Chicago's Shedd Aquarium for its efforts in reducing waste by increasing textile recycling options and community awareness. The district has collected 73,000 pounds of textiles since 2011. For more information, visit usagain.com.