Reusing, Recycling and Not Landfilling Clothes 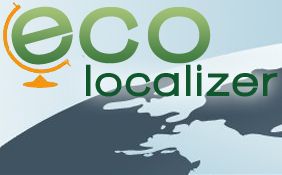 Recycling, Reusing, and Not Landfilling Clothes

As the volume of discarded U.S clothing grows, a national for-profit business is expanding to keep up. USAgain, with collections in 11 major metropolitan areas, is finding that the two-year-old U.S. recession isn't diminishing the number or volume of shirts, pants, shoes and other clothing that is going to American landfills.

The company plans to expand into three to four additional metropolitan areas in 2011 to keep up with the supply - and the demand. From American charities to buyers in Central America, there are plenty of users for clothing discarded in America. USAgain says its 8,000-site collection locations - most recently expanded to include the San Francisco metropolitan area - and its reuse system are part of the answer.

"It's a double tragedy when discarded clothing takes up landfill space, and people who want it don't get to use that clothing," says Mattias Wallander, the company's CEO since 2000. USAgain was founded in 1999.

Headquartered in Chicago, the firm employs 170 people nationwide and says it has recycled more than 367 million clothing items and diverted the equivalent of more than 1.9 million cubic feet of landfill space. In addition to textile clothing, towels, sheets, and tablecloths, USAgain accepts shoes, coats, jackets and some other accessories.

Although many Americans choose to take used clothing to Goodwill or local charities, a study showed most consumers are busy and often don't have the time to go more than five minutes out of their way.

"What we're adding is convenience," he observed. "We have collection bins at dry cleaners, gas stations, major retailers and other locations where people are already going to be." For example, in Minnesota's Twin Cities metropolitan area, the company has almost 1,000 red collection bins. Less than 5% of the material dropped in the collection bins is unwanted trash.

In the Twin Cities, USAgain partners with nonprofit award-winning Eureka Recycling, based in St. Paul, a nonprofit that accepts used clothing through its curbside service. The company picks up the material from Eureka's materials recovery facility. Within 7 to 10 days of pickup from collection bins, the recycled clothing reaches domestic customers. The turnaround is three to four weeks for those in other countries.

Wallander says that the recession hasn't reduced the volume of discarded clothing because consumers are clothes shopping at the same rate, but more often from more affordable retailers. Instead of the 25% drop in the volume of material the company had expected, it instead increased about 10% in 2009.

Who wants the discarded clothing? In addition to domestic markets, Wallander says there are plenty of international opportunities.

USAgain supplies reused clothing in Third World nations in bulk to buyers, who then resell to customers. "It's a low-cost commodity that generates income in countries that need it," Wallander says. Shoes are especially valued in countries like Guatemala.

USAgain points out that growing the cotton to produce one T-shirt requires 700 gallons of water. "Conventionally grown cotton, one of the most popular clothing fibers, is also one of the most water- and pesticide-dependent crops," the company says on its web site.

To find a drop box in one of the metropolitan areas served, go here.