See the original story on TribLocal.com

There was mud. There was beer. There was a pyramid-shaped rope ladder and a pit of fire. And there were thousands upon thousands of pairs of shoes, all to be recycled.

Warrior Dash, the world’s largest running series, descended upon Channahon, IL for two days of mud-soaked fun on June 15 and 16. After the race, participants and spectators were encouraged to recycle their muddy shoes at the USAgain tent near the finish line. USAgain, a textile recycling company based in nearby West Chicago, has partnered with Warrior Dash to recycle shoes at all 2013 races in the contiguous U.S.

“Our main objective is to keep these shoes out of landfill, where way too many shoes and clothes often wind up,” said Doug McCreight, Division Manager of USAgain Chicago. “Only 15% of clothes and shoes are currently recycled in the U.S despite the fact that every component of a shoe is reusable or recyclable in some way.”

All shoes recycled at the Warrior Dash will be diverted from landfills and reused or recycled. Many will be resold in thrift stores and resale shops, while others will be broken down and recycled into insulation, athletic surfacing and other products.

“My shoes were all muddy and old. I would definitely throw them away if there wasn't a way to recycle them,” said Warrior Dash participant. “It’s cool to be able to help the environment with my old shoes.”

Warrior Dash’s next races, in Minnesota and Massachusetts on June 29, will also feature shoe recycling courtesy of USAgain. Through 15 races this year, USAgain and Warrior Dash have recycled over thousands of pounds of shoes. 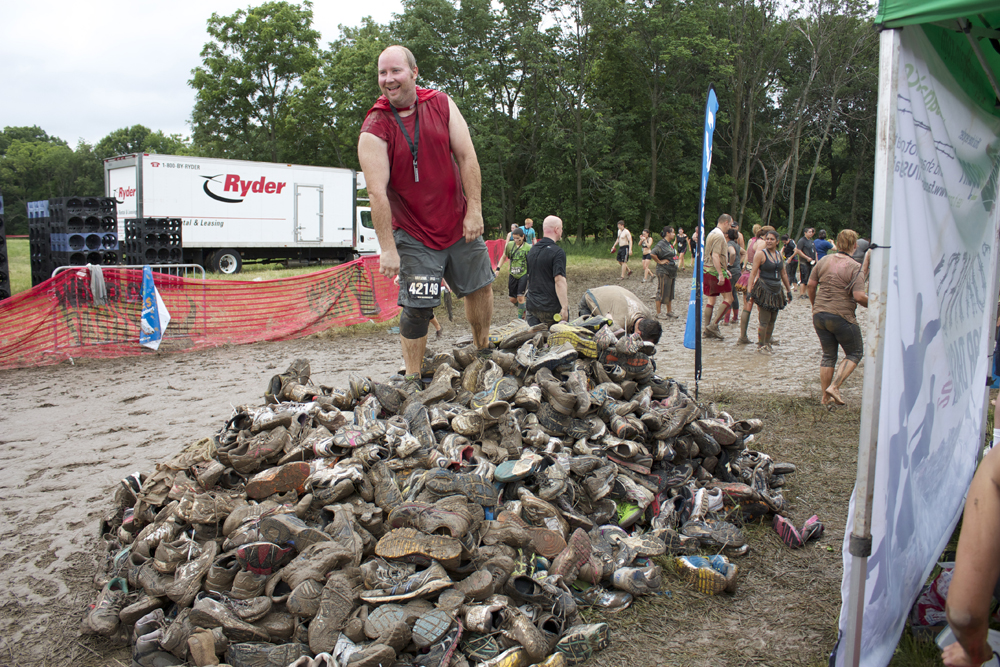